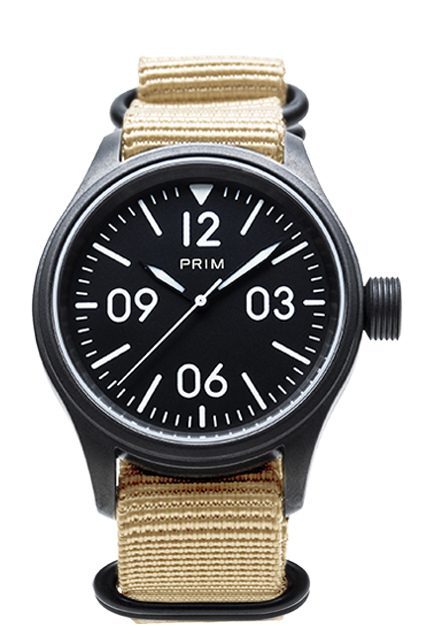 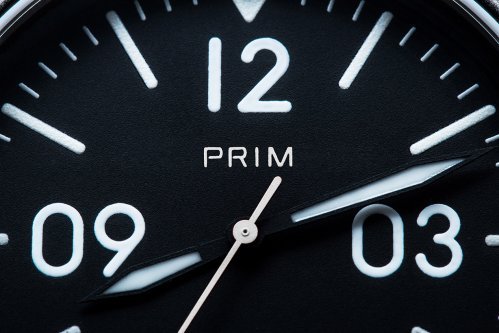 thank you for showing an interest in the PRIM Pilot 40 Q watch.

The PRIM Pilot will especially delight fans of sports and outdoor activities. However, its creative design means it is also intended for everyday wear. The appearance of this model is inspired by the on-board instruments used mainly in Soviet MIG aircraft, which were produced under licence in the Czechoslovak Socialist Republic. Several Czechoslovak aviation plants took part in its production.

The dominant feature of the dial is the strongly contrasting indices (numbers). Thanks to the special and unmistakable font, the "gauges" on the instrument panel of this legendary fighter plane immediately come to mind when looking at the dial. The matt sandblasted case is treated with DLC technology, thanks to which the surface is very resistant to scratches, corrosion, high temperatures and acids. Unlike other coatings, the DLC surface finish cannot be abraded or peeled off - the protective layer is not only "applied", but is directly connected to the case material due to the technology used. The watch can be worn during sports and other physical activities. This is endorsed by the high-quality textile NATO strap.

The impressive crown is of a non-traditional design, which, due to the prominent grooves, resembles an engine cylinder block. The caseback bears a laser-created graphic of the Pilot model name and also an indication of the origin of the watch - Nové Město nad Metují.

The watch is equipped with a Swiss quartz movement. On request, different colour combinations of the dial and strap can be created, so that you choose a model according to your specific style. 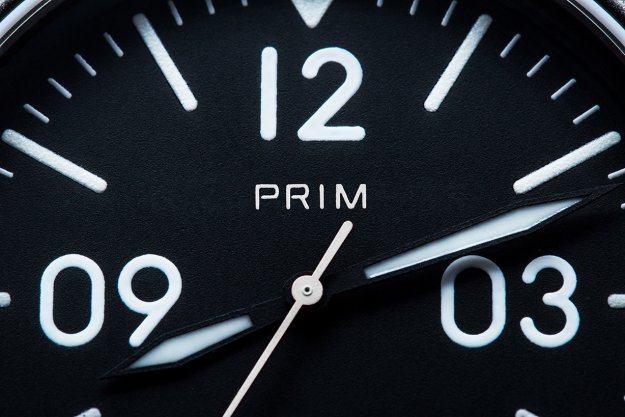 Thanks to the minimalist design of the dial, the durable sports watch is also suitable for everyday wear. The combination of different straps and hand colors allows you to choose a variant according to your style.